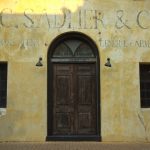 Great facade of a building in Henry Street, Fremantle. Facade of former Sadlier building, now a private residence, at 36 Henry St Fremantle WA. Photo taken 22 October 2016 by Roel Loopers: freoview.wordpress.com If you look at this building in Google Maps, the sign is not visible, so it has only recently become so. Garry […] 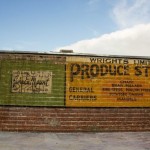 A fabulous set of signs has been uncovered in Maylands as reported by Emma Wynne on ABC Perth. The historic shop signs have been temporarily uncovered when an adjoining shop was pulled down An advertisement for painter John E Mount (Painter) has uncovered he emigrated from England in 1911 and worked as a painter and decorator, […] 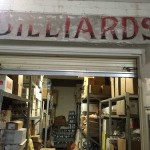