This Robur Tea sign is typical of thousands found in Melbourne on the sides of hundreds of buildings.

It is located in Rankins Road, Kensington, Victoria.

Many thanks to Michael Taylor. 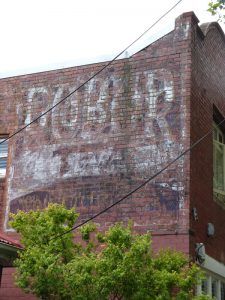 Robur tea were prolific advertisers throughout Australia from early 1920’s through to the 1970’s.

Robur Tea was originally Griffiths Brothers Teas.  In 1925, its founder James Griffiths was killed by a train and the tea company was sold to Robur Tea, which itself lasted until 1974. Source

Robur, which means strong as oak, referred to the tea being a strong, dependable, good quality product. Robur was located at 123 Swanston Street, Melbourne and had its own tea rooms. The company was later taken over by Tetley which in turn was taken over by India’s Tata Company.

There is lots of interesting information about Robur in the book: The Perfect Teapot alias The Robur Teapot by Margaret Magetti & Patricia Noble, Nookadin Press Melbourne, 1999

Beside the thousands of billboards, many will remember the TV advertising… Aaaaa Robur. 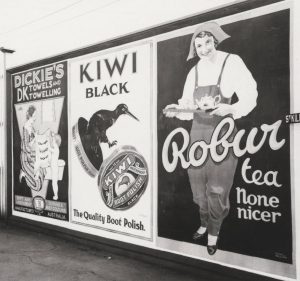