The building was for many years the Temperance Hotel, later a spaghetti bar. 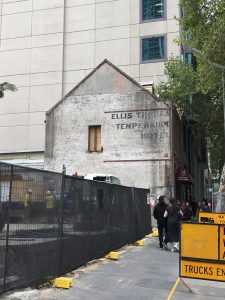 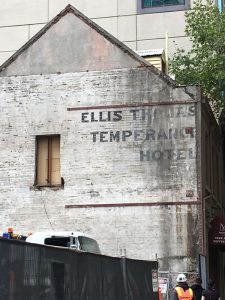 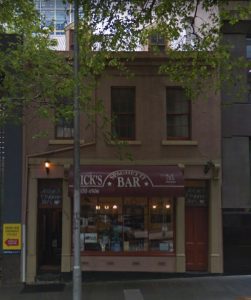 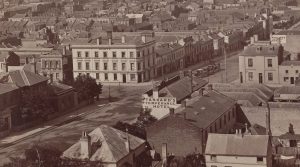 According to the architectural historian, J.M. Freeland, hotels constitute ‘one of the most socially significant, historically valuable, architecturally interesting, and colourful features of Australian society’. Melbourne’s hotels – or ‘pubs’ as they are commonly known – have been community centres for the consumption and sale of drink, and providers of accommodation (most typically, but not always, for travellers) since foundation and early settlement.

The inappropriately named John Tankard operated Melbourne’s first Temperance Hotel on the south side of Lonsdale Street, between Queen and William streets. Undoubtedly, certain hotels were places of prostitution and many more were places where clients could be gathered or visited. The infamous ‘saddling paddock’ at the Theatre Royal was its vestibule bars. The front bar of the Australia Hotel was a meeting place for gay men in the 20th century.

Plans have been submitted for a $200 million apartment development in Lonsdale Street in Melbourne.